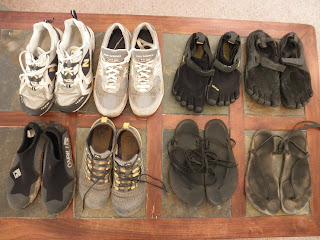 As others have previously noted (such as here and here), barefoot/minimalist runners, paradoxically, tend to have much larger running shoe collections than other runners.  Cheapskate though I am, I have not been untouched by this phenomenon.  The first eight years or so of my adult life I made due with two pairs of running shoes.  Since switching to minimalist footwear barely more than two and a half years ago, I have acquired another six pairs, and the number would easily be three times greater were money no issue.  Why?  It is for the psychiatric profession to give a definitive answer, but my theory is that it comes down to the fundamental difference in the way runners in the two camps view footwear.  For minimalist runners, shoes are clothing, whereas for most runners shoes are protective gear.  And while a bicyclist or rock climber will probably only own one helmet but will own a light shirt for the summer, something warmer for the winter, and something waterproof for when it rains, minimalist runners also prefer to customize their footwear to the current conditions.
Given that most of the shoes I've bought over the years don't get much use anymore, I thought it might be helpful to briefly list the issues I've had with each. 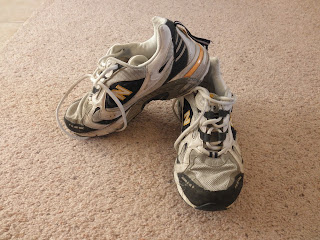 New Balance 763
I got up to around 10 miles per week in these but after a 6 mile "long run" I developed a foot/ankle problem that made it hard to walk for a while.  After that I decided I needed more cushioning. 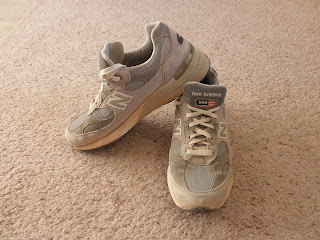 New Balance 992
I got close to 20 miles per week for a little while, then developed a horrific case of what was probably plantars fasciitis along with an added ankle issue.  (I didn't have health insurance at the time, so all I know for certain is that it hurt too much to sleep some nights).  Part of the problem was probably the stack height, since I was doing a lot of the running in sandy washes.  After I had healed, an ill-advised 10 miler sent me back to hobbling for another few months.  This obviously wasn't working.

Vibram FiveFingers KSO
Now we're getting somewhere.  From the first time I heard about FiveFingers I knew I had to have some.  More than any other footwear I have tried, they allow the foot to function naturally during virtually any activity.  So why don't I ever wear these anymore?  Because they don't work well for the one activity I do most--distance running.  The main problem was blisters; these things rubbed my feet raw.  Keep in mind that the KSOs were designed before Vibram realized that crazy people were going to start running in them, so most of the seams are pretty rough.  These would be perfect for Parkour, Cross-Fit, MovNat, etc. 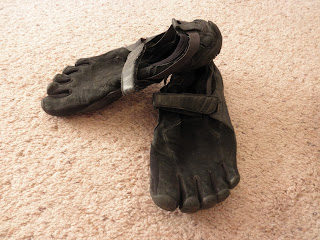 Vibram FiveFingers KSO Trek
Much better. Personally, I think these may be the best shoes Vibram has made. Unlike the KSOs, the Treks are actually pretty comfortable to wear around. These are my go-to run around like a kid and get dirty shoes. 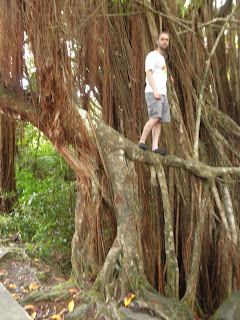 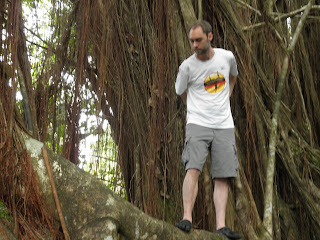 That I don't wear these very often is really more a testament to what a dull person I am rather than to any fault of the shoe. Again, though, I had problems with blisters when I started putting in a lot of miles in them. Perfect for: short trail runs, climbing trees and rocks, MovNat, moving to the woods and living like Tarzan, etc. 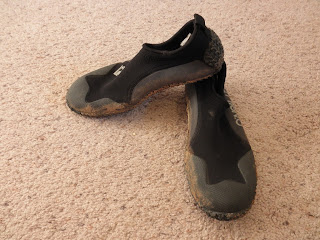 These are well-made water booties designed for surfing.  I bought these for the specific purpose of running in snow and for that they work pretty well.  Basically a neoprene sock with a durable and very sticky coating on the bottom, they are warm, extremely flexible, and have better groundfeel than any other footwear I know of.  Also, they cost $20 and mine show almost no wear after about a year of moderate use.  The downsides are (1) they don't breathe at all (they are made out wetsuit material, after all), and (2) they are very narrow.  The second issue began to turn into a real problem this spring (which around here is known as that season with all the snow after that other season with slightly more snow) when I started approaching 40 miles a week.  The narrowness of the boots prevented my feet from expanding naturally and started causing a lot of pain.  I will have to find a replacement for these before winter (which you may know as September) comes around. 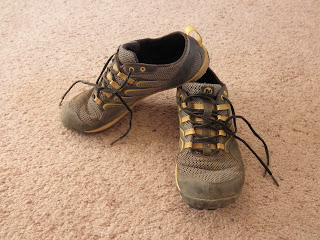 Merrill Trail Gloves
A great trail shoe.  The rock plate provides lots of protection and they are made extremely well.  For most trails they are just too much shoe for me, although in especially rocky terrain they might be perfect.  Unfortunately, my main issue with my pair is that I probably should have gone up one more half size, since mine start feeling a bit too snug during long runs. 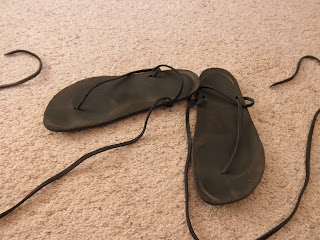 Classic Luna Huaraches (Homemade)
Luna is Barefoot Ted's company.  According to legend, Ted learned how to make huaraches from the Tarahumara runner Manuel Luna.  I read Born to Run soon after it came out but I had resisted trying huaraches because (1) they seemed a little over the top, and (2) since all huaraches are custom made you can't try them on first, so there is a bit of a leap of faith involved.  I finally decided to spring for the do-it-yourself kit ($25), which consists of a rectangular piece of Vibram rubber and some leather laces.  Even with my mediocre craftsmanship, the result far exceeded my expectations.  Pretty much overnight, huaraches became my favorite long distance running footwear for both road and trail running.  So far I have run two road marathons and several 20 mile trail runs in these sandals.  I should mention that they molded to fit my feet quite nicely but I accidentally flattened them recently by putting boxes on top of them, so you might want to watch out for that. 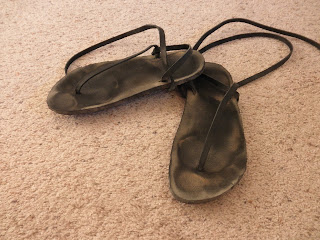 Luna Leadville Huaraches (Homemade)
These are my most recent addition.  Thicker than the classic Lunas, the rubber is spongier with an aggressive tread on the bottom.  I elected for the thick leather leadville laces.  I have only gone for two 8 mile runs in them as of yet, but I have to say that I love them so far.  The thicker laces keep the foot from moving around, and the softer sole is very comfortable.  These are supposed to be specialized trail sandals but I think I am going to use them for road running as well.  I will keep you updated as I use them more.

And that's all my shoes--at least until my wife lets me spring for some Soft Star Runamocs. 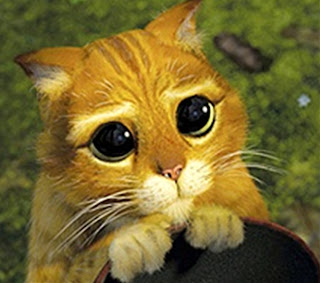